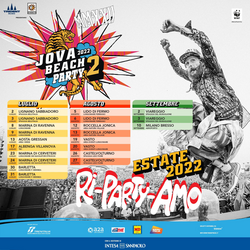 The Afro electro tribal sound of the future is here right now and it's an inspirational carambolage of Chadian saï, Senegalese mbalax, Haitian kompas, West African Mandingo roots and electric Touareg blues, transported on a juggernaut loaded with deep house, dubstep and techno grooves driven by Chadian guitarist Caleb Rimtobaye. The Montreal-based producer formed Afrotronix in 2014 as an electro offshoot of his band, H'Sao. By 2016 they were headlining the Afropunk festival in Paris. Since then Afrotronix has toured in North and South America, Europe and Africa, releasing a critically-acclaimed album and numerous music videos. Rimtobaye's mission is to use his music as a medium to carry a Pan-African message, showcasing a different image of Africa to the world and also bringing it back home as attested by recent large-scale performances in Chad.