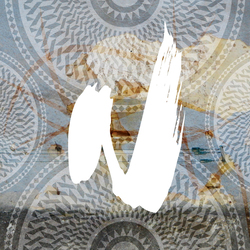 NAFAS means « breath » in literary Arabic. Vital breath, it is the force that nurtures, inspires and creates. The trio has imagined an eclectic and mixed jazz transcending cultures and social belonging. The musicians play along, explore the subtlety of rhythms and sounds, setting them free to create a world where they can be recoded at any moment.

« Itinéraires », the journey is more obvious here than anywhere else. Open up new perspectives not forgetting to feed on the past, one witnesses a rather touching reunion, more in tune with its time. Clearly, the distinctive colour of the album opens the door to a second breath, offering a broad range of almost tactile sensations. With its aerial and tribal rhythm, the languid saxophone or the hypnotic bass, we enter a world organic by its intensity. Or we quiver listening to some tracks that bring out a delicacy of their own: in the end, a very pleasant mix of genres.

FRED PICHOT: saxophone, flute, electronics
All together musician, composer and arranger, Fred Pichot performs within several bands: Namaste !, BÖGÖ and La Familia, among others. A prolific and versatile artist, he enjoys various collaborations in jazz, electro and traditional music. His interest for jazz and ethnic music, as well as his curiosity about the evolution of electronic instruments, lead him to try out original sound combinations.